Norton’s on the road again.

My Father was a diesel mechanic by trade, and I helped him fix things as soon as I was old enough to get in his way. From the toaster to cars and semis, power equipment and even a boat or two, Dad could repair just about anything. He instilled in me a love for the internal combustion engine and joy in making and utilizing horsepower.

I started out with cars. After three years of cabinetmaking training at a local Vo-Tech school, I went to work for a small independent auto repair shop. Carl, the owner, raced a limited late model car on dirt tracks and he was seriously fast! I began to learn the art of fabrication, cutting and welding frames and roll cages, and a little chassis setup, while gaining more knowledge on performance. And I learned firsthand how not to operate a small business…

A year of that and it was off to Florida to work with my brother where we federalized “grey market” cars, making European version automobiles legal for US roadways. Again, more fabrication was involved and I learned to operate a MIG welder from a real pro. We custom fabbed brackets for “smog pumps”, re-inforced doors and bumpers and added catalytic convertors to some really cool cars, Mercedes, Beemers, Ferraris, a DeTomaso Pantera and even a true to life BMW M1! Then the dollar took a plunge on the world market and the fun came screeching to a stop…

I searched for work where ever I could for the next two months or so, until I finally saw an ad for motorcycle mechanics at Phil Peterson’s Harley Davidson in Miami. I started working there the summer of 1984 just as the Evolutions hit the dealer’s showrooms. I worked there a little over two years and gleaned all the info I could from the guys in the shop to the point it became a running joke that “I wanted to be a motorcycle mechanic when I grew up”. I moved to Harley Davidson of Fort Lauderdale where I became a working Service Manager, Service Writer and Warranty Clerk, and I learned most of the inner workings of a shop. I learned to lace and true wire wheels, re-build crank assy’s and installed enough chrome parts to stretch round the world a time or two… And I finally gained a complete understanding of motorcycle electrical systems. After more than eight years there, I left Harley and went to the other side, moving down the street to the local Ducati/Triumph/Moto Guzzi dealer. There I worked as the sole technician and repaired lots of strange and beautiful bikes including a Laverda Jota, a Benelli Sei and even a Moto Morini 3 ₁/₂, as well as early and late (Meriden and Hinkley) Triumphs and a total restoration of my brother-in-law’s 1953 Norton ES2. Also, I set up my first road race bike, a Triumph Speed Triple that Michael Barnes piloted in an exhibition event at Road Atlanta. Even though Barney started last on the grid (placement was by sign in) he ran lap times within 0.1 seconds of the leaders!! That was 1995 and he’s still fast!!

Pulling out of Harley Davidson of Fort Lauderdale parking lot with a borrowed side hack!

Next we relocated our family out of the South Florida heat and settled in Richmond, VA where I spent the first two years working at car dealerships, but I never really fit in that enviroment. Finally, a position became available at R&S Sport Vehicles and I was ecstatic to once again service and repair motorcycles!! Here I had my first encounter with jet skis, ATV’s and dirt bikes. Again, I gobbled up all the info and knowledge I could, anxious to learn more and more. I worked there for about five years when I was given the opportunity to build a ’55 Chevy hot rod. A total custom, LT1 crate motor, full “X” frame with a four link rear, power everything, etc. And all I had to do was run all the wiring harnesses, hand bend and flare polished stainless steel brake and fuel lines, install A/C, rack and pinion steering rack, power windows, door locks and door poppers, etc, and then make it all work together!! Even the fuel tank filler was relocated to the trunk to complete the shaved look! It was truly a fun year!! The car even made it into “Super Chevy”!! (May 2005 edition) 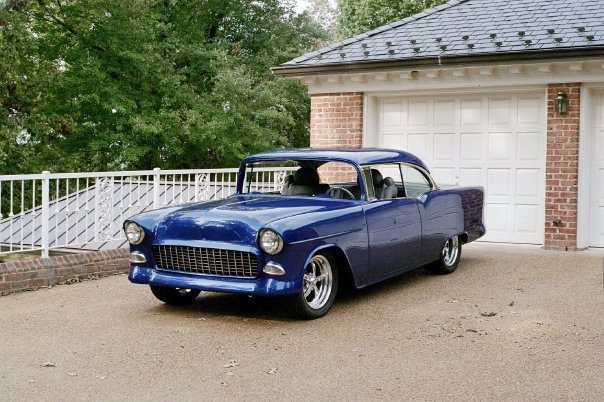 1955 Chevy ready for windows and interior.

After that was over, I worked at Honda House in Richmond for a year, then back to R&S Sport Vehicles for a year, then worked out of my garage to pay the bills for a while and then a short stint at East End Customs in Highland Springs. Somewhere around this time, a good friend of mine sold me his vintage British motorcycle parts business “J&R British Cycles”. I only attend a handful of events a year, mostly those between Richmond and York, PA where my folks reside. “Triumph Come Home”, “VBMC’s fall Rallye” and “British and European Classic Bike Day” at High Point Farms. I also began a restoration project of a 1966 Norton Atlas for my brother-in-law. That bike was nearly a basket case and took all of my savvy and know-how for five years of on again/off again toil and sweat! But today she’s a beautiful ride that only needs a few more bits and pieces to finish completely. 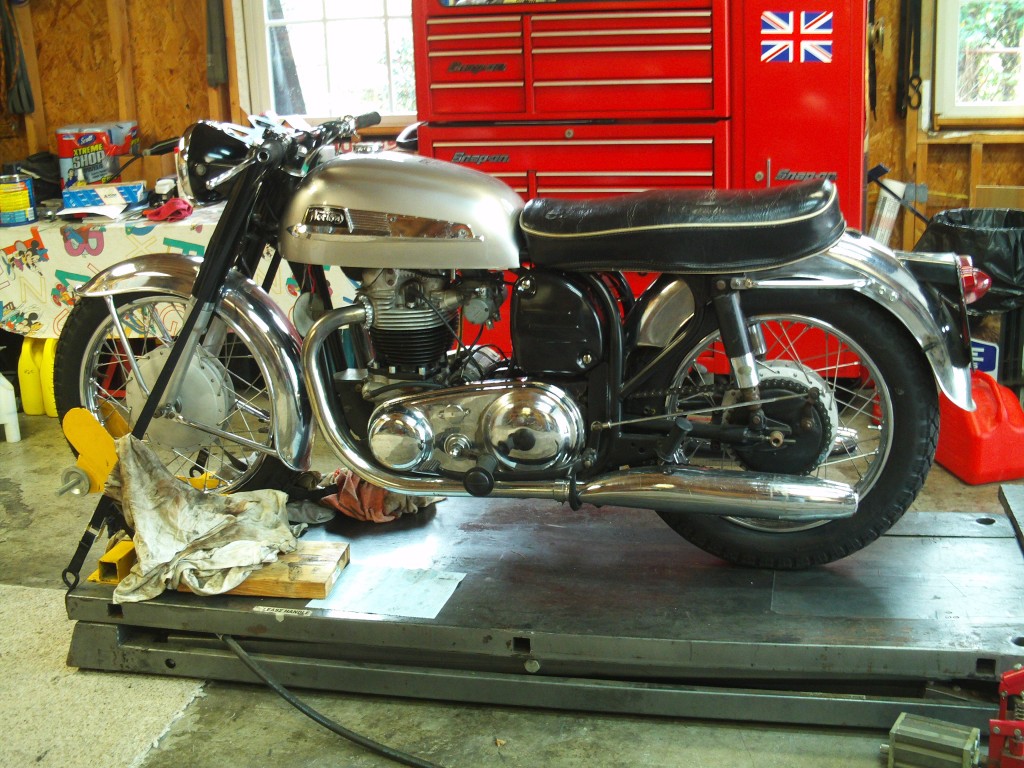 Then in march of 2008, I went to work for Ken’s Cycle Center of which the highlight was maintaining a 1948 Vincent Rapide, among other classic bikes owned by a good friend and customer of Ken’s. I remained there until this recent economic downturn forced a “restructuring”, so I decided it was in my best interest to open my own motorcycle repair business so I can continue doing what I so dearly love!!

And this is where I am. Extremely excited about this present endeavour and anticipating great things ahead as G6 MotoSports caters to motorcycles of all kinds, brands and styles!! Our passion for two wheels is to help keep you safely cruisin down the road!

Thank you for your interest,
Ron Grim
G6 MotoSports