I have been quite remiss in keeping my blog updated, but will do my best to rectify the situation anon… In the meantime, for your amusement a comical bit of reading via British Cycle Supply

A Treatise on the Importance of Smoke
by Joseph Lucas

Positive ground depends on proper circuit functioning, which is the transmission of negative ions by retention of the visible spectral manifestation known as “smoke”. Smoke is the thing that makes electrical circuits work. We know this to be true because every time one lets the smoke out of an electrical circuit, it stops working. This can be verified repeatedly through empirical testing. For example, if one places a copper bar across the terminals of a battery, prodigious quantities of smoke are liberated and the battery shortly ceases to function. In addition, if one observes smoke escaping from an electrical component such as a Lucas voltage regulator, it will also be observed that the component no longer functions. The logic is elementary and inescapable!

The function of the wiring harness is to conduct the smoke from one device to another. When the wiring springs a leak and lets all the smoke out of the system, nothing works afterward.

It has been reported that Lucas electrical components are possibly more prone to electrical leakage than their Bosch, Japanese or American counterparts. Experts point out that this is because Lucas is British, and all things British leak. British engines leak oil, British shock absorbers, hydraulic forks and disk brake systems leak fluid, British tires leak air and British Intelligence leaks national defence secrets. Therefore, it follows that British electrical systems must leak smoke. Once again, the logic is clear and inescapable.

In conclusion, the basic concept of transmission of electrical energy in the form of smoke provides a logical explanation of the mysteries of electrical components – especially British units manufactured by Joseph Lucas, Ltd.

“A gentleman does not motor about after dark.”

Mr. Lucas made some pretty tough mags, just don’t get them wet…

This mag isn’t spitting out any sparks. Just needs a little coaxing and massaging to get those electrons jumping again!! 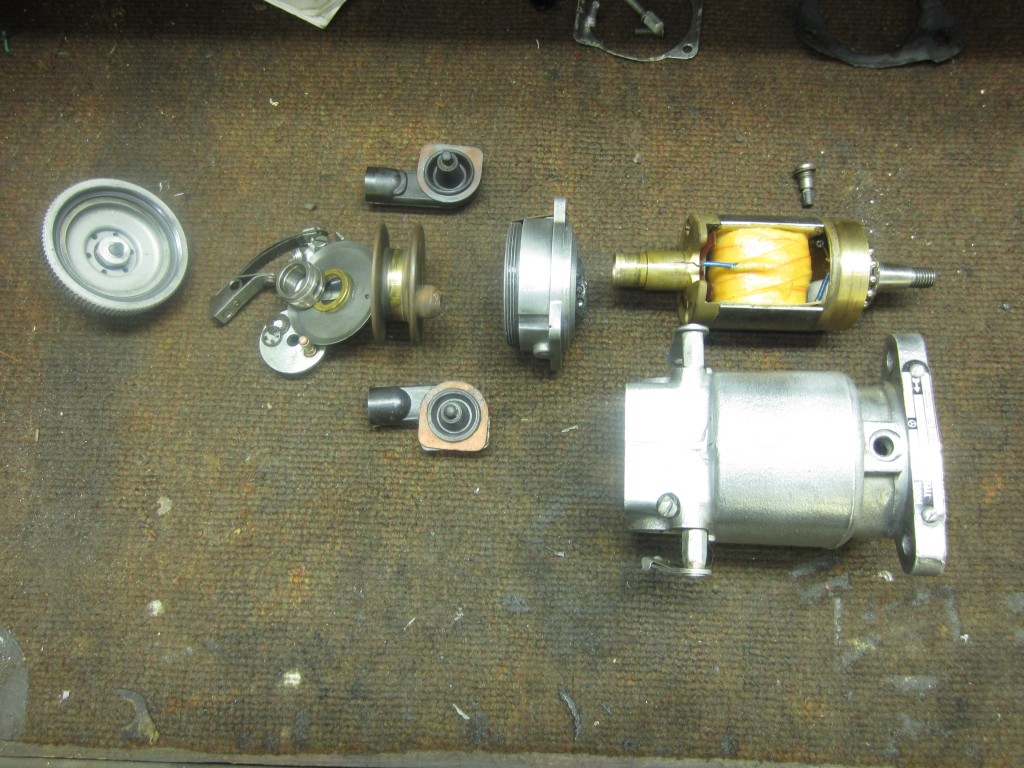 The internals and externals of a magneto. Armatures and spindles and the ever present earthing brush. 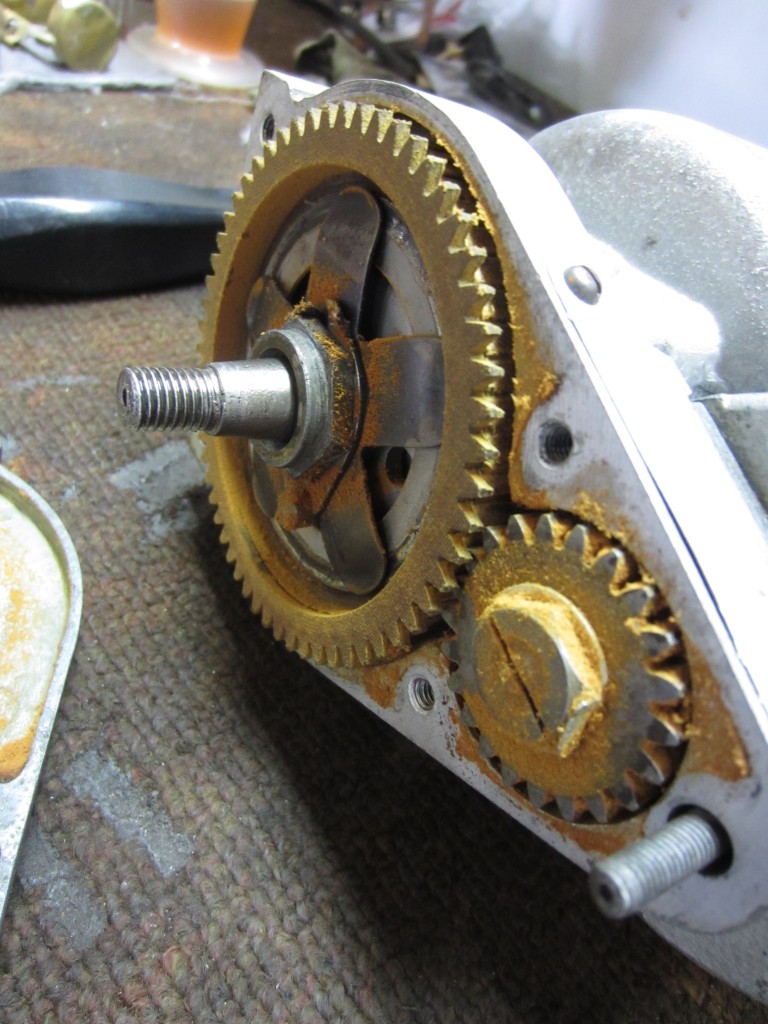 When the charging system stopped operating and I started the diagnostic process, there was no current from the Dynamo. I didn’t expect to find it was inoperative because it wasn’t rotating! The smaller driven gear teeth are damaged enough from age and corrosion that they ripped the teeth off of the fibre drive gear, necessitating a complete tear down of the dynamo… 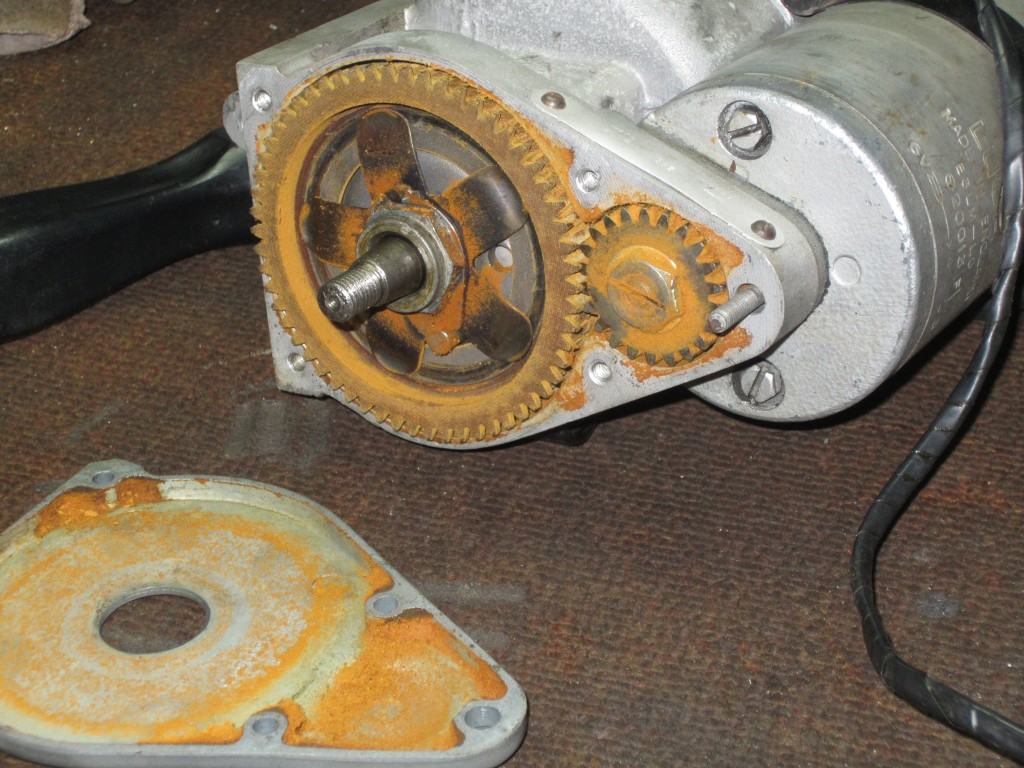 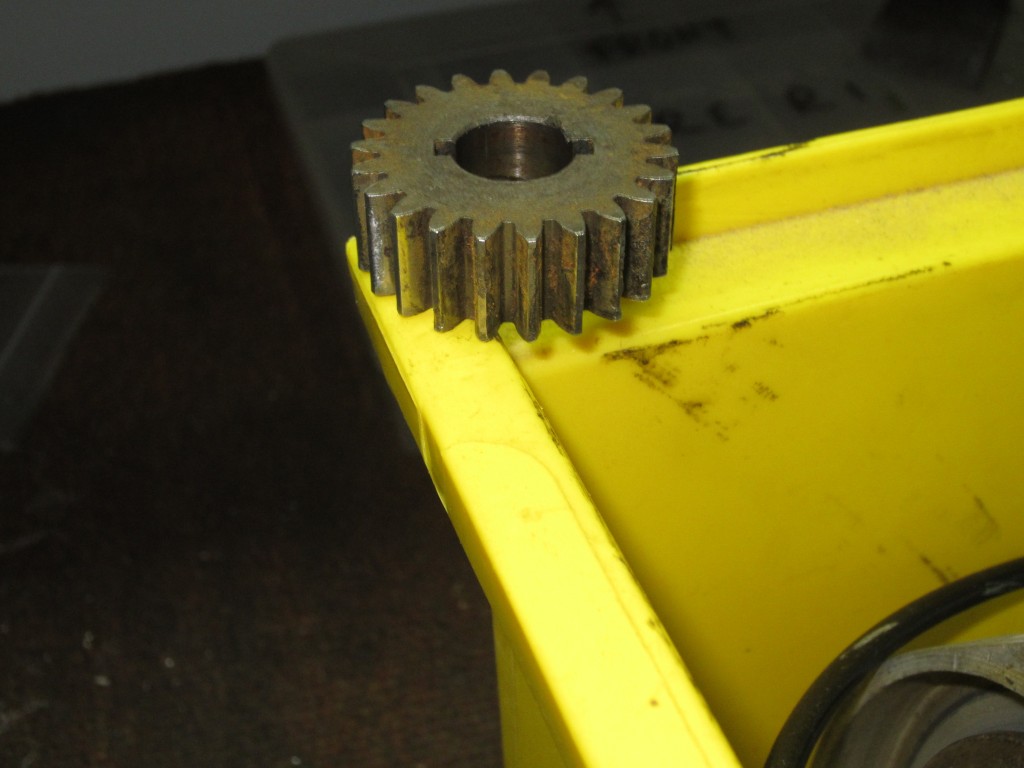