According to Norse mythology, the Valkyries led fallen heroes to the halls of Valhalla to feast with Odin until he should need their service in fighting the giants… Or they would protect favorites and abandon those they disliked, even causing some to be slain. Which makes me wonder why Honda thought this bike would have the ability to conduct it’s pilot to the halls of the gods? It certainly is a joy to ride, light and nimble for a bike of it’s immense girth, not lacking in power or that special something that causes folks to ogle the beast with trepidation, and those header pipes twisting and snaking their portage to the twin mufflers are quite fascinating, to say the least… But, alas, it keeps her rider firmly planted on this terra firma, which is a very good thing. 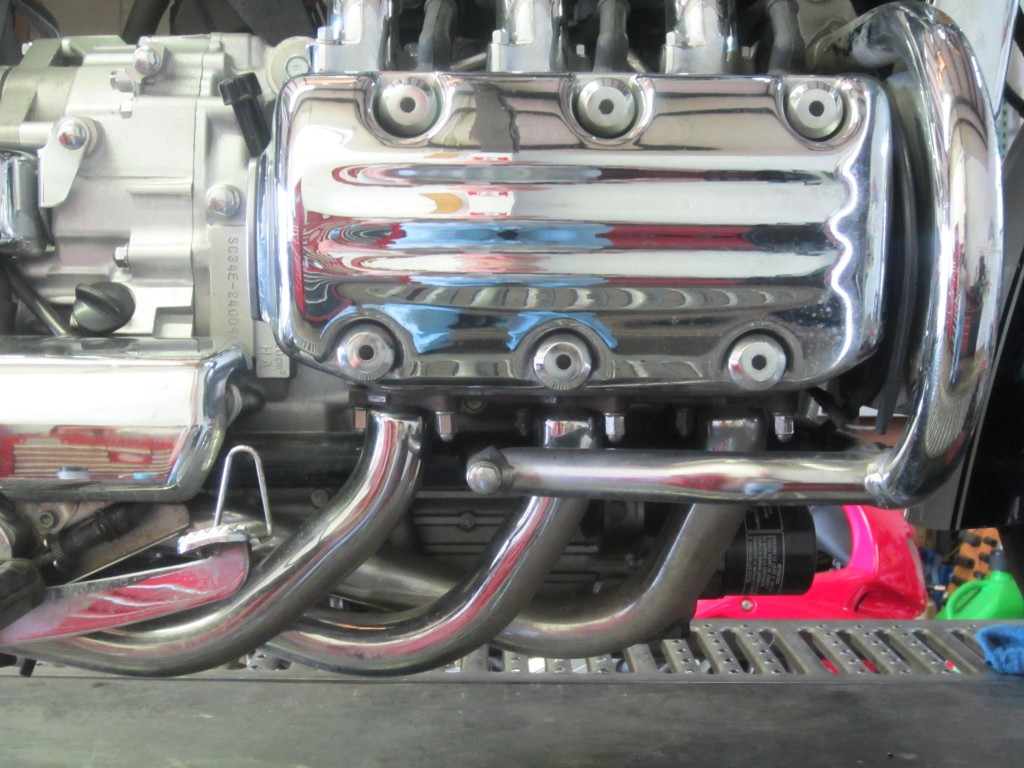